The port town of Ashdod serves as the gateway to one of the most revered cities in the world. Jerusalem, which is central to three world religions, includes both an old walled city and a modern urban area surrounding the wall. As you stroll inside the wall, you'll eventually "discover" some of the most magnificent holy shrines in the world, including the Mosque of Omar (also known as the Dome of the Rock, the third holiest site in Islam, after Mecca and Medina); the Church of the Holy Sepulchre (marking the site of the crucifixion, burial and resurrection of Christ); and the Western ("Wailing") Wall, once part of Solomon's Temple. Outside the walls of the old city is the beautiful Franciscan church, the Church of All Nations, on the slope of the Mount of Olives; the church is built around the rock in the Garden of Gethsemane. 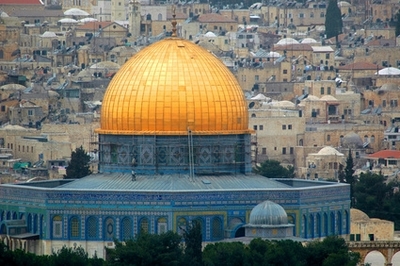