Cruises from Vancouver depart from spring through fall.

Located on the southwestern coast of British Columbia, Vancouver is Canada’s third most populous city. The bustling metropolis is known for its cultural diversity, which is on display in areas like Chinatown, brimming with authentic eateries and apothecaries. Gastown, Vancouver’s oldest neighborhood, exudes historic charm thanks to cobblestone streets and Victorian architecture harmoniously interspersed with trendy boutiques and galleries. Outdoor activities abound in the urban Stanley Park, home to gardens, beaches, trails, totem poles and the seawall amid a lush forested setting totaling about 1,000 acres. The city is a jumping-off point for whale-watching tours, which reward keen eyes with glimpses of orcas and humpback whales as well as pelicans, puffins and bald eagles. A short hop northward across the harbor into North Vancouver is Capilano Suspension Bridge Park, where seven bridges and a cliff walk delight thrill-seekers. 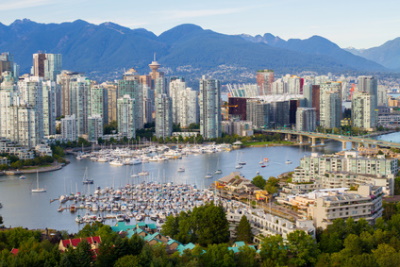 The Port of Vancouver is 25 minutes from Vancouver's International Airport (YVR). Parking is available at the Canada Place Ship Terminal for C$26.00 per day (for 3 days or more). Rates are subject to change by the Port Authority.