Cruises that visit or depart from Rotterdam sail in Northern Europe.

Rotterdam has been an important port city for more than 700 years. Combined with the adjoining international Europoort, it is one of the world's busiest ports. The city center was heavily bombed during World War II and doesn't possess much in the way of historic architecture (excluding the fruits of austere, experimental post-war rebuilding). But, lovely old architecture can be found in other quarters of the city, such as Delfshaven, where 18th-century houses are on display. The Boymans-Van Beuningen Museum holds an impressive collection of European art. Take in a view from higher ground at the 60-story Space Tower, and stroll along the pedestrian shopping district Lijnbaan. 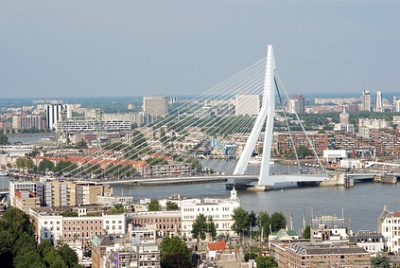