Founded in 1735, Port Louis is the busy capital city and main port of this volcanic island in the Indian Ocean, and its charms have attracted various poets and writers over the centuries. There are some fine French colonial buildings off the palm-lined Place d'Armes, such as the 18th-century Government House and Municipal Theater. Other sites include two cathedrals, a mosque, 18th-century barracks and a natural history museum. Go to Fort Adelaide for splendid views of the town, harbor and a racecourse -- known as Champs de Mars, the course was originally laid out by the French for military parades. Barter for souvenirs, crafts and clothing at the lively Port Louis Market, where merchants also sell fresh fruits and vegetables, meat and fish. South of town is Le Reduit, the former residence of the Governor-General of Mauritius that is surrounded by beautiful gardens. Also near Port Louis is the Domaine Les Pailles, a nature park that encompasses more than 3,000 acres; visitors can view deer, monkeys and rare birds from Land Rovers, horse-drawn carriages or a train. 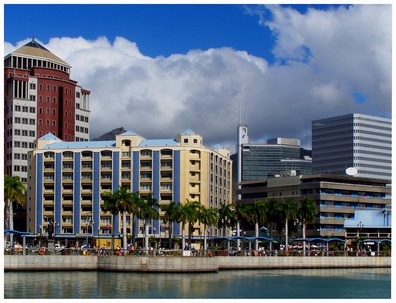