The city possesses a plethora of museums, with focuses ranging from ethnography to art to natural history. Osaka Castle is regarded by locals and visitors alike as a historical and cultural symbol of the city that is not to be missed. Unforgettable are the various types of bridges that span Osaka's waterways and the many sloping roads throughout the metropolis. Sky-scraping landmarks like the Tsutenkaku Tower, the WTC Cosmotower and the Floating Garden Observatory are interesting sights from ground level, but they offer spectacular views from their top stories. Adventurous types may want to brave the Tempozan, the world's largest Ferris wheel. 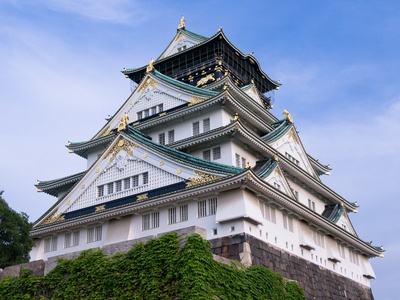 Tempozan Pier is located in the southwest part of Osaka city. The nearest subway station is Osaka-ko, at the Chuo line of the Osaka subway. Nearby landmarks are the Kaiyukan Aquarium and the large ferris wheel at the Tempozan Market Place (Bay area).

Driving from downtown: Drive Sennichi mae Dori street to West.. Across Taisho Bridge. Pass Osaka Dome (on your right), turn left at the Sakaigawa intersection. Straight forward on Minato dori and then turn right at the Chikko Higashi intersection. After turn right just straight to the Tempozan Terminal.