A major industrial port, Itajaí serves the towns of the nearby Itajaí Valley. Founded in the 18th century by Portuguese settlers, little of the city's colonial heritage remains besides a few private residences and scattered buildings downtown. Blumenau, an area settled by German immigrants in the 19th century, is just 30 miles away. Its charming ambiance is a little bit of Germany in the middle of Brazil. Beyond the city, some beaches stretch away in the distance, often with surfers riding the waves. 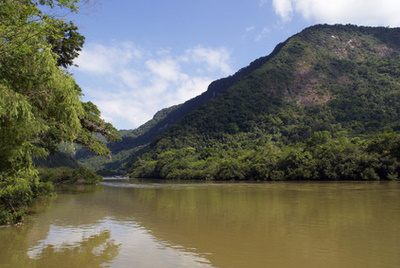